2018 will be a memorable year for Ekkamai, no longer shall it stand in the shadow of its popular counterpart “Thonglor” – Ekkamai is the designated investment hotspot and there are good reasons for it. Sukhumvit 63 also known as “Ekkamai” runs parallel to Thonglor (Sukhumvit 55) and is also connected via Thong Lo Soi 10/ Ekkamai Soi 5. This proximity synergizes the two areas; resulting in cohesive commercial activities flowing from Thong Lo into Ekkamai and visa versa. The area has developed a vibrant range of leisure options, and is transforming into a residential hotspot appealing to today’s demand. On the main intersection of Sukhumvit Soi 63 and main Sukhumvit road, is a major 4-way intersection that offers a diverse set of establishments along with the Ekkamai BTS station, connecting you to the main avenues of Bangkok.

Commuting to the Central Business District of Sukhumvit is only a few stops from the Ekkamai BTS station. At the far end of Ekkamai, you meet a junction that turns into Petchaburi road or into the Sirat Expressway (Bangkok outer ring road). For many already familiar is the Eastern Bus Terminal, located on the main intersection of Ekkamai – with connection to several Eastern Seaboard destinations such as Pattaya, Rayong, and the Koh Samet Ferry.

While similar to Thong Lo in numerous ways, Ekkamai stands apart from its neighbor by offering its own unique living atmosphere. The area is populated by large trees and is less commercial, benefiting from a more peaceful and serene residential environment. Ekkamai offers a charming Bangkok vibe, especially with its undeveloped shop houses that still host “mom and pop” stores. Recently more modern and trendy venues opened up in the area, ranging from French bakery shops, Korean and Japanese restaurants, Italian bistro’s, Spanish Tapas, Café’s/pubs – cocktail lounges and Michelin guide fine dining establishments.

The average cost to rent high-end condominiums in Bangkok’s CBD and City fringe is reaching on average 700-800 THB per sq m. When comparing the return on investment in condominiums over the past five years, Ekkamai retained the highest rental yield at an average of 7% followed by Thonglor average 6%. Investing in condominiums not only gives investors an annual rental return, but also generates capital gains from asset appreciation. Although condominium prices have continued to increase, Ekkamai as location has been given consistent annual capital gain at 5%. 2017 has been dominated by luxury and super luxury condominium supply – average asking prices reached new heights in areas such as Thonglor, giving growth opportunity to Ekkamai’s residential development. 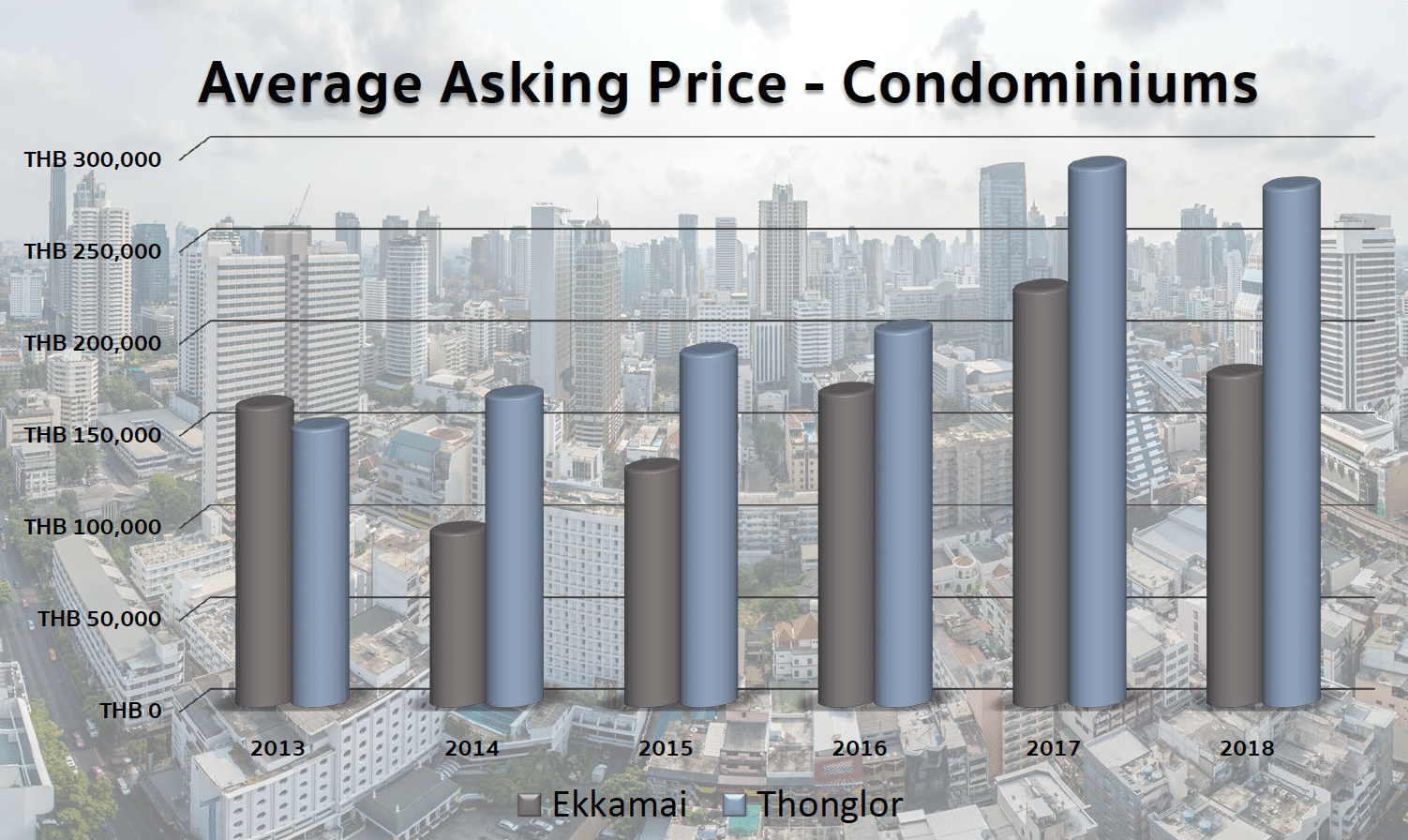 A transitional lifestyle in the neighborhood has driven demand for residential units in Ekkamai upwards. New developments in Ekkamai start at 160,000 THB per sq m. compared with Thonglor at 350.000THB per sq m. The popularity of Ekkamai is the result of convenient commuting options, great leisure venues and geographical location( Mid Sukhumvit). On top of this the living atmosphere makes the area pleasantly relaxing; offering residents a good escape from hectic Central Tourist Districts. This combination of factors has contributed to Ekkamai’s appeal and desirability. Buy-to-let investors can positively benefit from investing in Ekkamai condominiums, as the area offers a steady market of potential tenants for the past years. As reputable premium residential address; it’s a hotspot for great rental options, especially among the Expatriates and growing local Middle class.

You may have noticed Ekkamai’s a narrow road, this is a beneficial factor for future residential planning ; due to restrictions imposed by Bangkok’s planning and building regulations there will be less high rise buildings allowed, maintaining balance. Naturally Ekkamai will have less high-rise condominiums, adding pressure on overall supply of residential units. This will have a positive effect on the price-levels for savvy investors. 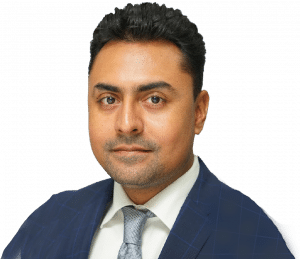